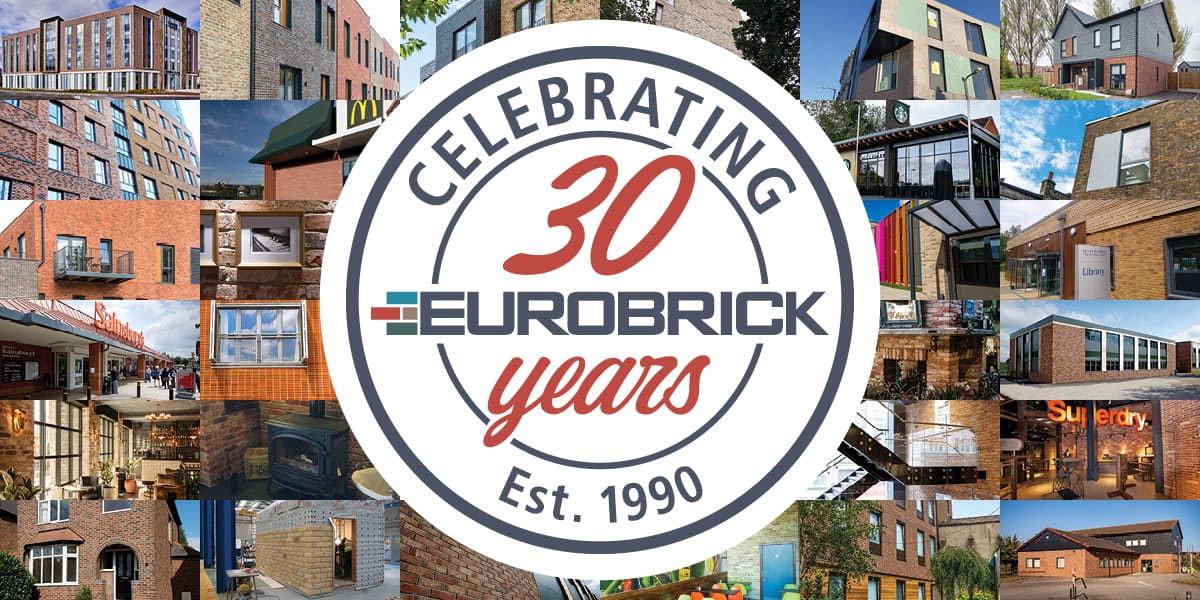 In May it was 30 years since Eurobrick began, back in 1990. Clearly the pandemic was at its peak in May, so like many, we put our celebrations on hold. But, as things start to head back to some sense of normality, we wanted to share our story.

Like most businesses we have experienced numerous challenges over the last 30 years. The original directors, John Mayes and Tony Hornsby started Eurobrick in 1990, and were the first to introduce a fully developed brick slip cladding system to the UK market after being introduced to it in the USA in the mid 1980s.

The construction industry, it’s fair to say,  was quite conservative at the time and reluctant to embrace change; a new brick slip system was often viewed with suspicion. Couple this with the fact that the UK was also in a recession and that made it even harder to generate interest in our new system; people were not buying bricks, never mind brick slips for an unknown cladding system.

As the economy recovered, and with a lot of hard work promoting the benefits of our system, contractors and designers started to pay attention and began to install Eurobrick on their projects. Interest in brick slip cladding systems increased to the extent that other companies thought it was a market worth being in and a host of other systems were developed and brought to market. But we have never been deterred by competition and a combination of resilience, determination and perseverance has bought Eurobrick to where it is now.

The original system was what we now call X-Clad, but along the way we have responded to customer demand to create new systems to suit different applications. I-Clad was developed especially for interiors and P-Clad is an external sheathing for buildings. Our V-Clad system came about to satisfy a demand for a budget option for the retrofit market.

We are proud that X, P & I-Clad systems have BBA (British Board of Agrément) third party certification having previously been certified by BRE (Building Research Establishment) and Wimlas. Third party certification is only awarded to products following rigorous testing and independent scrutiny, when the certifying body is completely satisfied that the product is fit for its intended use.

We have supplied many different sectors including leisure and hospitality, education, commercial, residential and the public sector for a wide range of clients. Our systems can be seen the length and breadth of the country including for household names such as McDonald’s, Starbucks, Burger King, Top Shop, Warehouse, Premier Inn and O’Neill’s, to name but a few.

Our first McDonald’s restaurant project came in August 1992, which would turn out to be a very significant win for us as we have continued to work with them ever since, and have now supplied our systems for nearly 900 Drive Thru’ restaurants.

Our business has continued to grow year on year and along the way, we have moved to new larger premises twice. We have also achieved internationally recognised awards for quality and environmental management; ISO 9001:2015 & 14001:2015. More recently, in 2018, a management buyout was completed by the remaining directors; Richard, Dena and Nicola when the founding directors retired. They form a strong management team with a clear vision of the future direction of the business.

Traditionally, the majority of our work comes from the commercial sector and we have seen the size of our projects grow considerably in recent years, with larger residential developments, student accommodation, commercial interiors and modular building projects. As well as servicing larger projects we are still happily supplying smaller consumer projects, from new, self-build houses, extensions and renovations to fireplace surrounds and feature walls.

The future may seem uncertain right now, as we adjust to a new way of doing things, with Covid-19 still part of our lives and with the full impact of our exit from the European Union yet to be felt. But we thrive on challenge and are facing the future with the development of new a system to grow our business further. As well as the new system, we will be launching an ecommerce facility later this year to allow customers to buy our brick slips online.

So here at Eurobrick, there is much to look forward to and we wish to thank all our clients and suppliers for your continuing support.

For the full story of Eurobrick over the last 30 years, you can watch our timeline below. 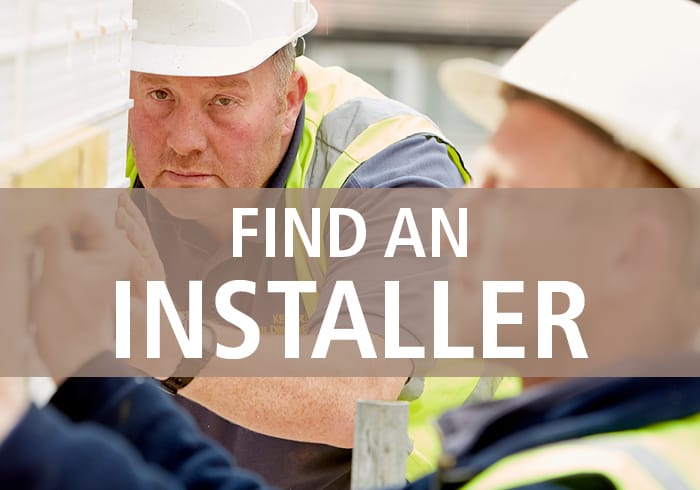 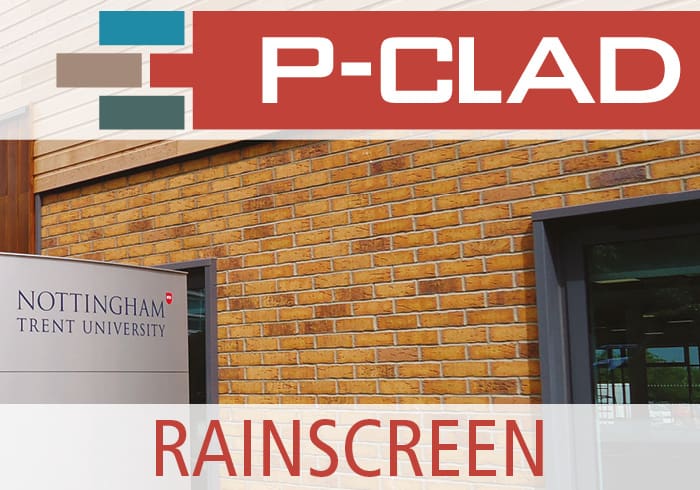 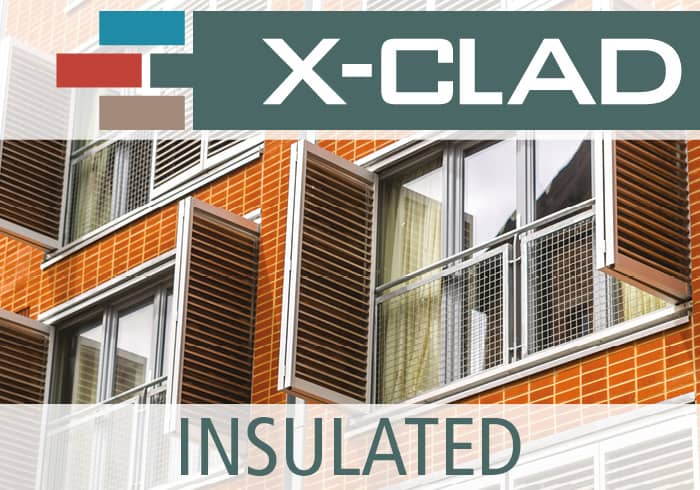 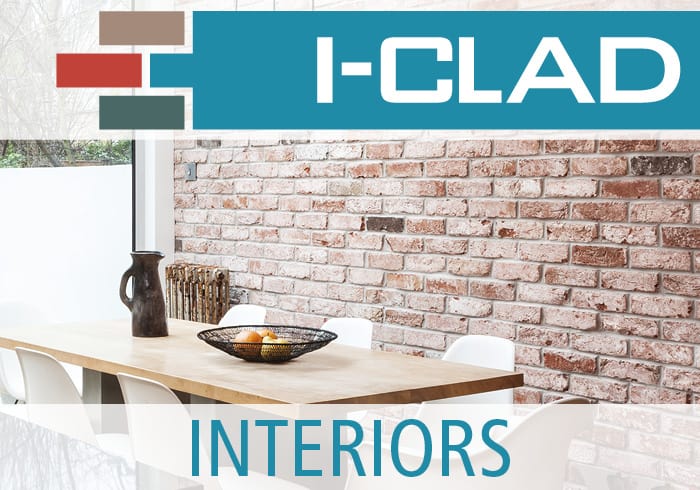 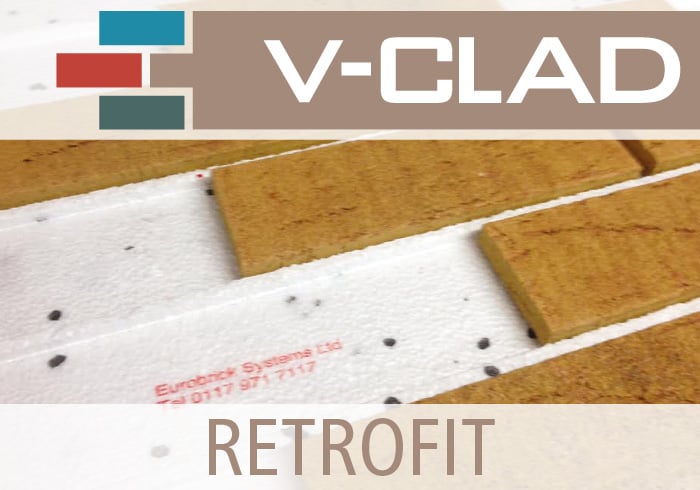